skip to main | skip to sidebar

Yet another Ashburton layout! This one began life in the late 1970s as the branch line appendix on a much larger fixed layout comprising Totnes main line station and the Quay branch with the River Dart and Dainton Bank. The whole formed an L-shape, about 4m x 4.5m, occupying a large room in our flat in London. However, when we moved to Somerset in 1987 the intended railway room - the loft - was only about 3.0m wide so something had to go. The appendix was removed.

A general view of the approaches to Ashburton station 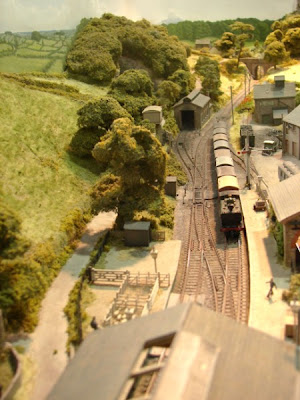 A livestock train approaching Ashburton station
There it stayed, preserved in a plastic bag for six or seven years with the vague idea that one day it may come in useful. Perhaps it would form the basis of a small portable - even exhibitable - independent layout. And thus it was reborn. Of course, little of the original baseboard remains but at least the need to construct buildings and rolling stock was minimised. 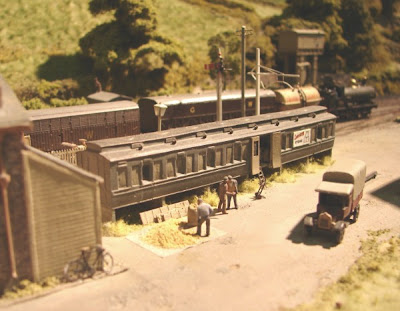 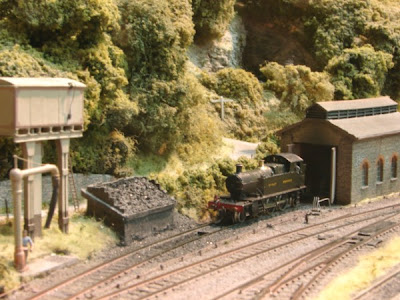 The branch 'small prairie' waits on shed
The layout is set in the late 1920s and takes the form of a simple diorama. From the familiar Ashburton track plan the single line runs across a small stream and enters a (mythical) steep rock cutting, hiding a sector plate which connects to storage roads and a run-round loop buried under the rolling hills of south Devon. 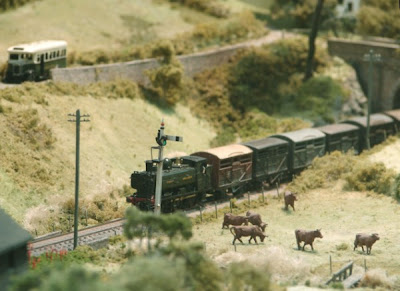 A livestock train waiting at the home signal 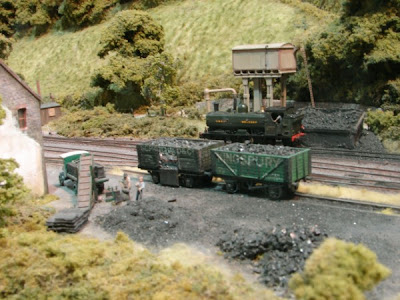 Weighing and bagging house-coal
The buildings and scratch-built or modified locomotives are to 2mm/1ft scale, running on N-gauge track. For normal operations, stock includes a 517 with a rake of four-wheeled coaches, a 14xx and autocoach, small and large prairies, panniers and a saddle tank with passenger, cattle and goods rakes. However, don’t be surprised to find the odd more exotic visitor! 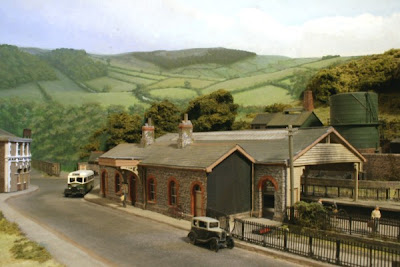 Ashburton station with the Railway Hotel and the gasworks beyond 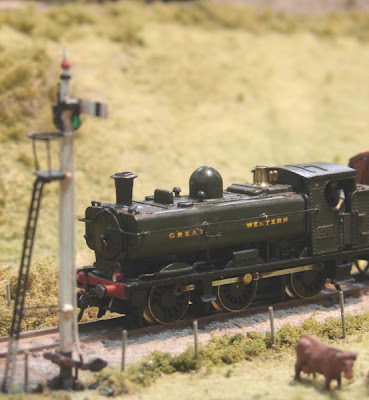 'Pannier' 8731 waiting at the home signal

An article about the layout appeared in the January 2011 edition of the Railway Modeller.

Posted by John Birkett-Smith at 13:55